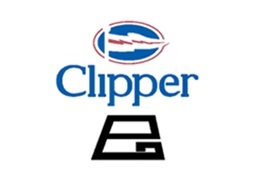 Realized One Equity Partners investments in which Ken Brown was part of the senior leadership in the Deal Team and where he maintained a role on the Board of Directors or Advisory Board from inception through divestment.

In 2008, One Equity Partners (OEP) acquired approximately 12% of the shares of publicly-traded Clipper Windpower plc, a rapidly growing wind turbine manufacturer and wind project developer based in Carpinteria, CA. The acquisition of treasury shares substantially strengthened the company’s balance sheet, allowing for further development and deployment of Clipper’s innovative 2.5 MW Liberty Turbine and several strategic investments in its supply chain.

Coincident with the Clipper Windpower investment, OEP also acquired the assets of Precision Gear Holdings, with locations in Antigo, WI, and Twinsburg, OH, which improved access to critical drive-train gear technology.  Precision Gear Holdings was a leading manufacturer of precision gears, gear assemblies and gearbox components for the aerospace, oil & gas, mining and wind power industries.  Increasing demand for wind power in the United States and abroad led to interest in Clipper’s technology from larger industrial companies looking to share in wind power market growth, and Clipper was eventually sold in 2010 to the United Technologies Corporation.  Precision Gear remained a separate company and was sold to Rexnord Corporation in 2013.