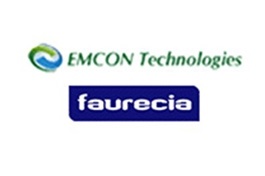 Realized One Equity Partners investments in which Ken Brown was part of the senior leadership in the Deal Team and where he maintained a role on the Boards of Directors from inception through divestment.

In 2007, One Equity Partners (OEP) acquired 100% of the assets of the Emissions Technologies business group of ArvinMeritor, Inc., which it renamed EMCON Technologies (EMCON).  Headquartered in Columbus, IN, and Troy, MI, the company was one of only a handful of major manufacturers providing emission technology and systems to worldwide light and commercial vehicle manufacturers. EMCON operated in 19 countries with 7,500 employees and several long-term joint venture relationships. OEP anticipated that the worldwide push to reduce pollutants and greenhouse gas emissions would create long-term opportunities for companies focused on advanced exhaust and emissions technology, and that increased globalization of vehicle manufacturing and pressures on cost reduction would eventually drive consolidation in the industry. When the 2008-2010 recession started to take a serious toll on vehicle sales worldwide, OEP stepped in to make an interim cash injection, renegotiate bank lines, and actively support management throughout the downturn.  Once vehicle sales began to recover, OEP’s faith in this investment paid off handsomely.  Revenues recovered by nearly $1 billion from recession-era lows, and EBITDA doubled over the period of OEP’s ownership.  In 2010, Faurecia (an emissions control systems provider controlled by PSA Peugeot Citroen and headquartered in Nanterre, France), acquired EMCON for 20.9 million shares of publicly-traded Faurecia stock.