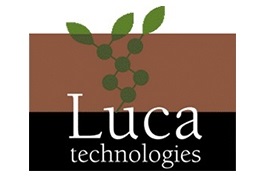 Realized One Equity Partners investments in which Ken Brown was part of the senior leadership in the Deal Team and where he maintained a role on the Boards of Directors from inception through divestment.

One Equity Partners (OEP) joined existing Series B shareholders, Kleiner Perkins Caulfield & Beyers, Oxford Biosciences and BASF Ventures, in a Series C financing of Luca Technologies (Luca) in 2008.  Based in Golden, CO, and founded by oil & gas exploration executives with experience in the shallow coalbed methane fields of Wyoming, Luca was developing a promising technology for the stimulation of the production of methane gas in existing coalbed deposits using existing but generally depleted wells. Although the technology showed promising results in both the laboratory and field tests, the timing of the investment was problematic as natural gas prices plummeted by two-thirds during the 2008-2010 recession and remained low as shale fracturing boosted supplies during the economic recovery.  OEP exited this investment in 2012.