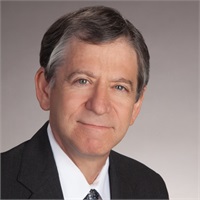 Experience: Bruce’s career started at Price Waterhouse (now PriceWaterhouseCoopers) where he was an intern and later worked in the audit and tax departments. Bruce has extensive entrepreneurial experience and started and managed three popular nightclubs in the mid 80s in Gainesville, Florida.

He later joined Party Supermarket when they had one store. Bruce facilitated and built that business into a multi-state chain that would eventually become a franchise of Party City. The Company continued to grow and became the largest franchise in the Party City system with multiple stores in three states and more than 900 employees. Party City bought the franchise in 2007. Bruce remained with Party City through 2008. He left to start Envision Asset Management in 2009.

Bruce is currently an Adjunct Professor at the H. Wayne Huizenga College of Business & Entrepreneurship where he has taught finance in the undergraduate and MBA programs.

Education: Bruce graduated from the University of Florida with a Bachelor of Science in Accounting and a Master of Accounting. In 2008 Bruce attended the University of Miami’s Certificate in Investments program. The program offers a rigorous and structured course of study concentrating on equities, fixed income and derivatives. The program is designed for post-MBA students who want additional training in this field. Bruce went on to obtain the Chartered Financial Analyst® credential. The CFA program concentrates on advanced investment analysis and real-world portfolio management skills. It is a comprehensive program that involves about three years of study and requires passing three different exams. In addition, Bruce is a Certified Public Accountant (CPA) and a Personal Financial Specialist (PFS).

Community: Bruce has been and is involved with several non-profit and community organizations. He is CFO of Jerusalem U, an organization that educates students about Judaism and Israel. Bruce is Vice-President of the Sunrise Soccer Club. Bruce built up the girls program at Sunrise from scratch, starting in 2005. The Club has become one of the top girls programs in Florida and even in the United States. The team Bruce coached just graduated high school in June of 2015 and 20 players went on to pursue their dreams and play in College. The team won three Florida State Cup championships and two Region III Premier League titles (Region III encompasses all of the states from Texas and Oklahoma in the west to Florida, Georgia and South Carolina in the east). Bruce was also active in the Maccabi Games that were recently hosted in Fort Lauderdale and acted as the Soccer Commissioner. Bruce has served on the Board of the University of Florida Hillel where he founded the 20/20 Club and a successful fundraiser called “Back to UF.” He was also a member of the Nova Southeastern University Entrepreneurs Council and has been a guest speaker at the University of Florida Business School.