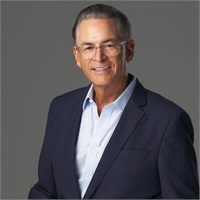 DeHerrera has over four decades experience as a real estate broker, mortgage banker and investor in several markets throughout the United States. DeHerrera started his career in Denver, CO, as a salesman for U.S. Home Corporation. From 1981 to 1984, DeHerrera ranked 6th nationally in new homes sold for the company.

In 1984, DeHerrera joined Re/Max and became nationally recognized for his sales production through his innovative guaranteed sale program assisting his existing clients and builder referrals move up to larger homes. DeHerrera’s franchise also ranked 13th in the country and he was elected President of the Re/Max Arizona Broker Owner Counsel in 1990.

DeHerrera moved to Las Vegas, NV, in 1991 and within a few years established himself as a top real estate and mortgage professional in the state. In 1994, DeHerrera founded Realty Marketing Associates, Inc., and grew the business to generate more than $20 million in annual real estate sales while representing smaller new home builders and individual clients. DeHerrera also became one of the first brokers representing financial giants like Bank of America, Wells Fargo, Fannie Mae, and Freddie Mac in the disposition of their Real Estate Owned (REO) properties.  During this time, he founded the very first chapter of the National Association of Hispanic Real Estate Professionals (NAHREP) and served as Director and then later as National President of the Association.

In 2004, Realty Marketing Associates partnered with First Preston Management, a Texas-based property management firm and formed Southwest Alliance of Asset Managers (SWA).  SWA was the first Hispanic-owned management and marketing contractor for HUD eventually managing and marketing over 50,000 properties in Texas and New Mexico.  As President, DeHerrera oversaw $250 million in revenues and nearly $2 billion in assets during his six-year tenure.

Most recently, DeHerrera served as Chairman for Alterra Home Loans, the company he personally funded and which grew to be one of the fastest growing Hispanic-owned mortgage firms in the nation. DeHerrera sold his majority interests in Alterra in 2018.

DeHerrera is a John Maxwell Team certified speaker and has served as advisor on several major industry task forces.  DeHerrera has spoken at various local and national events and in 2009 was recognized by Hispanic Magazine as a finalist for Entrepreneur of the Year.  He is also an active community member, personally awarding over $150,000 in scholarships for Hispanic students and serving as a mentor to young entrepreneurs.

DeHerrera lives in Florida and has two grown children, Brandon and Kayla, and received a Bachelor of Science in Business Administration from the University of Colorado in 1975.