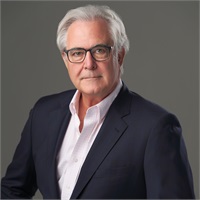 Ken Brown retired in 2014 after serving for 12 years as a Managing Director and Partner at One Equity Partners (“OEP”), the private equity division of JPMorgan Chase. Previously, Brown was CEO of EVonyx (battery technologies), President of Skidmore, Owings & Merrill (SOM, the major US architect/engineering firm), and a Corporate Vice President of the General Electric Company (GE), where he held regional CEO positions in Latin America and Southeast Asia. During his career he lived and worked throughout the US and in Mexico City, Bangkok, Singapore and Hong Kong; and travelled extensively throughout the world doing deals and managing foreign business operations.

Before joining GE, Brown was a Corporate Vice President for Planning & Development and General Manager of the Construction Materials Division at Inspiration Resources Corporation (mining and agrichemicals). Earlier in his career, he was a Senior Manager at Price Waterhouse a Senior Consulting Engineer at Science Applications International Corporation, and a group manager at the Solar Energy Research Institute. Brown began his career in 1974 as a nuclear engineer at the Stone & Webster Engineering Corporation. Ken obtained his license as a registered Professional Engineer in 1981.

Ken received his B.S. in Mechanical & Aerospace Engineering from Cornell University in 1974, where he graduated first in his class. He was awarded a Rhodes Scholarship in 1975 and received his M.A. in Engineering Science and Economics from Oxford University in 1977. Brown was a member of the U.S. National Rowing Team, which won a gold medal in the World Rowing Championships in 1974.

Ken and his wife, Elizabeth have been active in a number of charitable organizations, including the NSU Museum of Art and the Art & Culture Center of Hollywood.