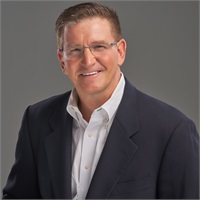 Michael has nearly 30 years’ experience in the automotive industry. He began his career at Alamo Rent A Car in their corporate office in 1990. He spent 8 years there purchasing nearly 250,000 vehicles annually before moving to the dealer side of the business when Alamo and National merged after being purchased by AutoNation. It was there that Michael ran an office purchasing 400,000 cars annually producing a net income of over $3,000,000 annually. AutoNation decided to exit the business due to low ROI, but Michael then opened an office for Minnesota millionaire Denny Hecker performing the same functions. Michael ran that office for nearly 5 years before Walden Leasing was shut down for elements not related to Michael’s book of business. At this juncture Michael decided to incorporate Mile Fleet, which he started in 2008. He started the business out of his house and ran the business for nearly 10 years selling almost 60,000 vehicles in his final year before selling to a company out of the United Kingdom, United Rental Leasing. Michael still is involved in the combined entity hoping to replicate the success United has had in the U.K. in the U.S.A.

Michael is an avid sports fan, having had 2 internships with the New York Yankees and another with Rice University in Houston. Michael enjoys running, rowing and playing golf. He graduated from St. Thomas University in North Miami. He is an active member of the Weston Hills Country Club residing on the Men’s Golf Association board. He has been married to his wife Cyndi since 1991 and has 2 children, Brandon 25 and Brittany 22.